A state machine is a behavioral model. It consists of a finite number of states and is therefore also called a finite state machine (FSM). Based on the current state and a given input, the machine performs state transitions and generates outputs.

A single state chart may become very large and complex. embedded systems may consist of many state machines and other components. To understand the behavior of state machines within their execution context and their impact on the overall behavior of a system, the application of execution analysis and visualization are a proper way to gain this understanding.

impulse is a visualization and analysis workbench, which exactly provides tool support for such methods and enables engineers to understand and debug complex semiconductor and multi-core software systems. It also provides dedicated support for the analysis and of statecharts defined using the YAKINDU Statechart Tools. Using impulse, developers can relate signals and data from arbitrary sources to statechart execution and can visualize the data using a rich set of diagrams.

YAKINDU Statechart Tools (itemis) offer an integrated modelling environment for the specification and development of reactive, event-driven systems based on the concept of state machines. You can develop and simulate state machines, generating them as source code for your target software system. YAKINDU Statechart Tools are based on the open-source development platform Eclipse.
The impulse components are fully integrated into the Eclipse framework (Windows, Linux and OSX/Mac) and can be combined with a growing number of new Eclipse technologies and enhancements (IoT, language IDEs, reports, CM, etc.). This enables a seamless integration with YAKINDU Statechart Tools. 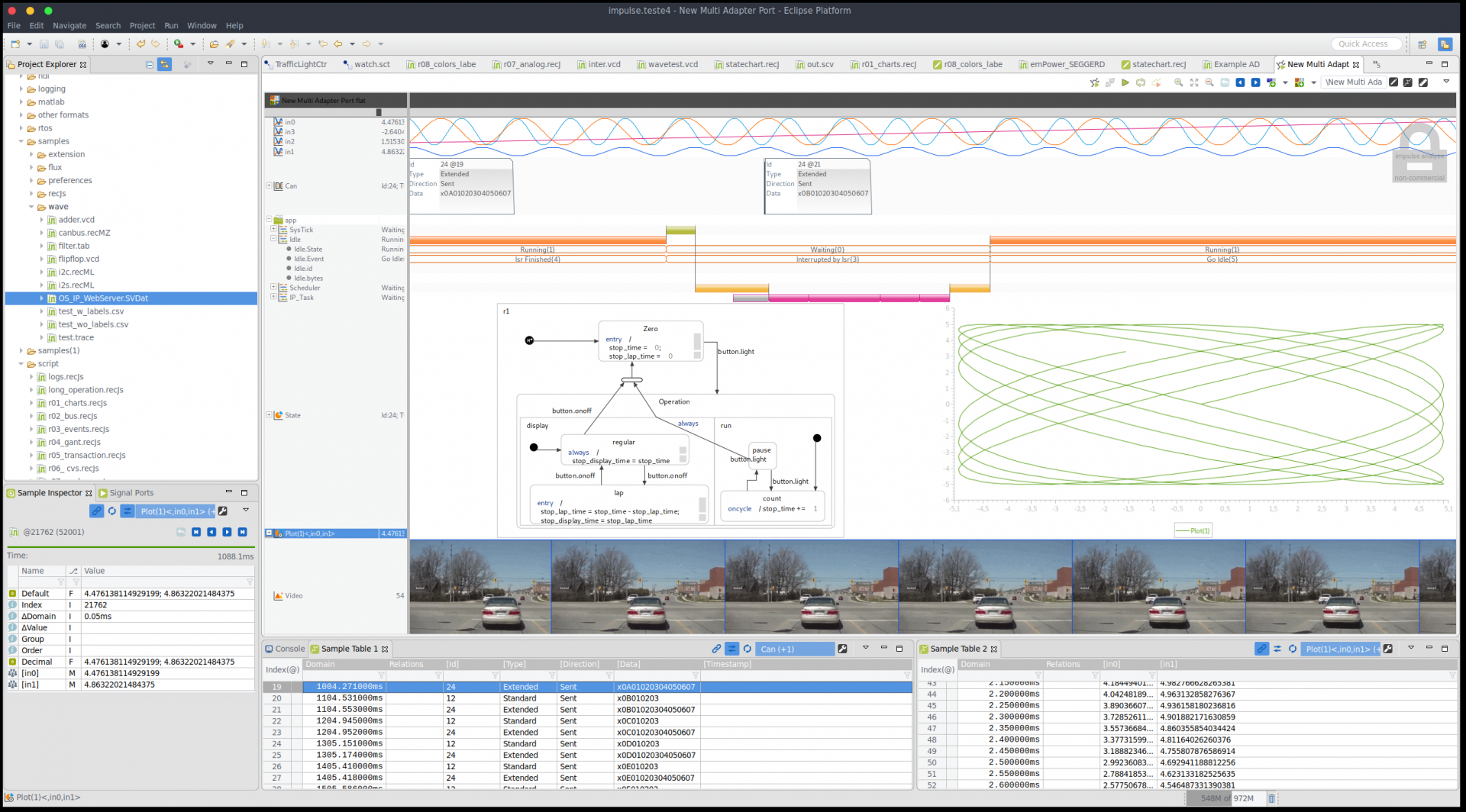 The impulse YAKINDU extension integrates the Statechart Tools and enables signal-oriented simulation and visualization of YAKINDU state diagram models (https://www.toem.de/index.php/products/impulse-yakindu). The extension is helpful for creation (simulation with reference data) as well as for execution and tracing of the created state machine.
You may want to:

itemis AG is an independent IT consulting company and supplier of products and services for efficient software development projects.

Core competence is the automation of software production through model-based development processes and the development of domain-specific languages.

"We are also very close to the world's most widely used development environment and open source community Eclipse with numerous projects and consulting and services".

toem GmbH was founded 2009 and is based in Germany near Duesseldorf.
The vision of toem is to assist developers in maximizing their potential by offering simple and pragmatic tools for boosting productivity.
„We are experts regarding eclipse tooling, efficient java, semiconductor and embedded multi-core software architectures and offer support and tools to maximize transparency and effectivity in technical domains.“

Full details of toem GmbH are available at https://www.toem.de

This email address is being protected from spambots. You need JavaScript enabled to view it.