Trace Profiler is a tool used to visualize and merge software trace signals which are dumped into several buffers. The trace profiler is built on impulse, using a dedicated reader for the binary Movidius trace format (MTRD). The MTRD reader uses a meta file, pointing to a variable set of trace buffers. Beside reading the trace data, it also provides a set of predefined configurations to the user. 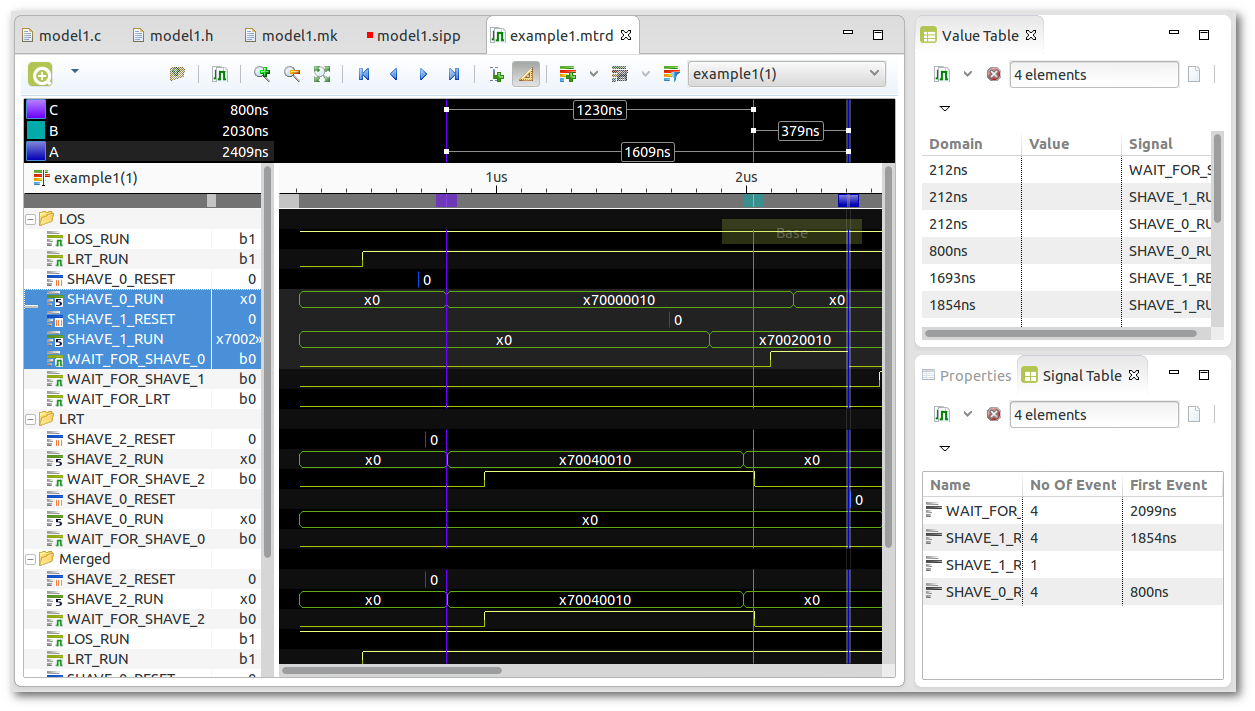 The Graph Designer creates applications based on the Movidius SIPP (Streamed Image Processing Pipeline) framework. It allows the user to design a SIPP Pipeline in a graphical user interface and generate source code that can be built with the Movidius Myriad Development Kit tool-chain and run on the Myriad 2 hardware development kit. 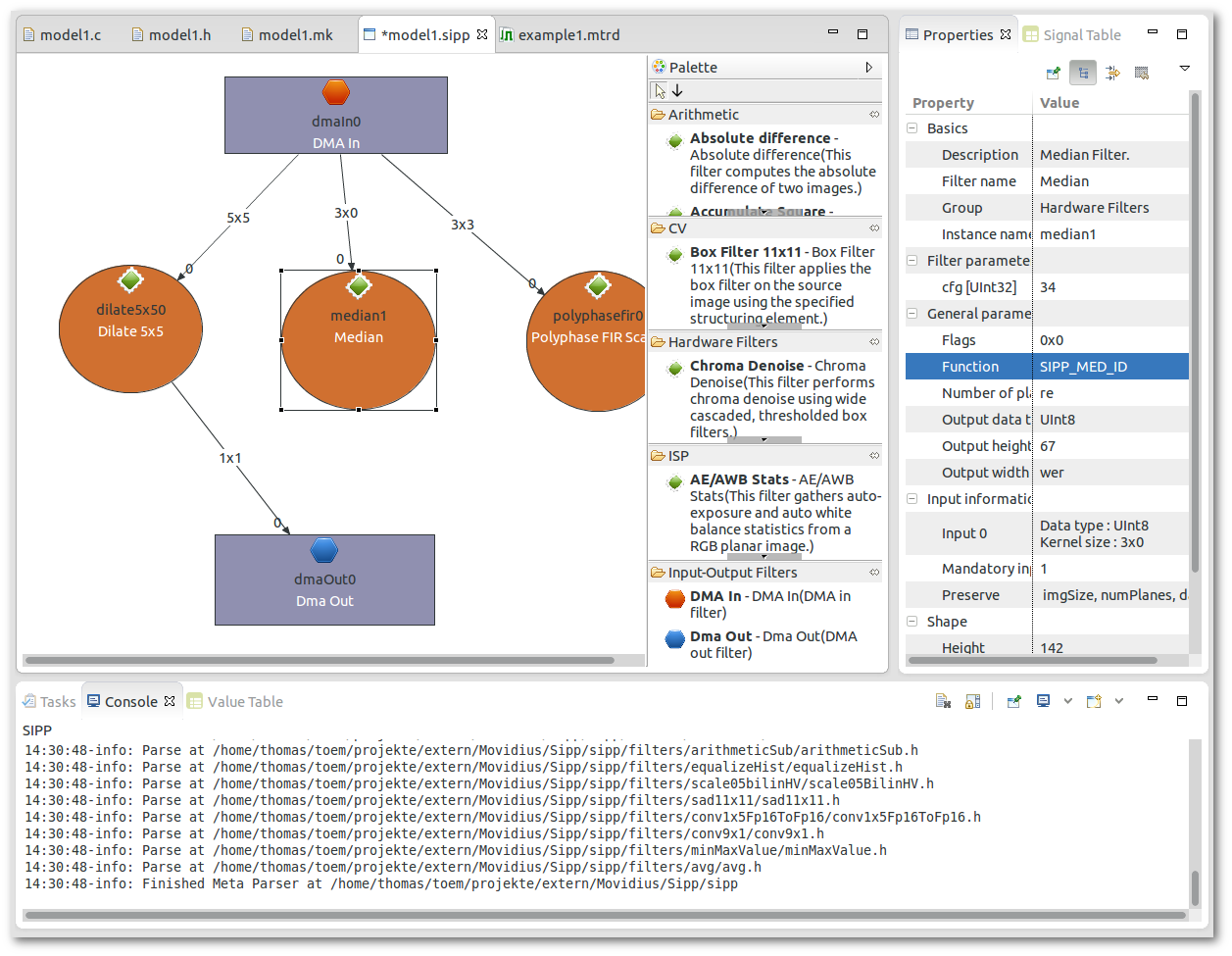 The Graph Designer is based on the Eclipse GEF framework using a generic java meta model. The meta model (including filter, attributes, connections, etc.) is extracted from the header files of the MDK tool-chain using the the CDT parser. Alternatively, model elements can be introduced using java script sections. A template systems allows to generate source code from the model in form of headers, source files and makefiles.

toem GmbH was founded 2009 and is based in Germany near Duesseldorf.
The vision of toem is to assist developers in maximizing their potential by offering simple and pragmatic tools for boosting productivity.
„We are experts regarding eclipse tooling, efficient java, semiconductor and embedded multi-core software architectures and offer support and tools to maximize transparency and effectivity in technical domains.“

Full details of toem GmbH are available at https://www.toem.de

This email address is being protected from spambots. You need JavaScript enabled to view it.